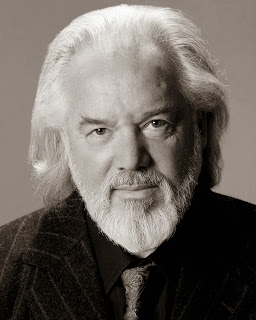 The transposition of Britten's cycle for the bass voice (and, I presume, specifically for Tomlinson's voice) contributes to its wild moods seeming less painfully urgent than I've often heard them. I love painful urgency as much as the next lieder aficionado, but I found Tomlinson's interpretation also convincing and moving. At the piano, David Owen Norris was a generous and creative partner, bringing diverse colors and textures to illustrate or comment on the singer's emotional states. The first sonnet, "Sì come nella penna," was radiant with the joy of creation, and the internal compulsion to communicate that joy. Similarly, the rest of the cycle was richly sensual, but not with the anguished, ecstatic immediacy of a younger man: this is a man who sees things whole and finds them good; the artist foremost, the lover second. Tomlinson prioritized the text over the vocal line, and painted it beautifully, the words "sole" and "contenti" opening up until they demanded engagement, the third and fourth lieder increasingly ecstatic. This very text-forward interpretation (full, fantastic texts here), playing with death and life at the lover's feet, also helped me hear new resonances in the piano part, reminiscent of Bartok and Cole Porter in turn. It is Britten's gift to make the paradoxes of "Spirto ben nato" sound like a summing up in themselves; it was Tomlinson's to reveal the poignancy in this beauty.

The move to Hugo Wolf's late, dark suite of three songs saw a vast change in Norris' style: a new, less lucid way of producing sound, to match the composer's complex, uneasy harmonies. From Tomlinson, there was less through phrasing than I had expected, but again, close attention to text and consummate storytelling. Unexpected triumph shone in the resolution of "Wohl denk' ich oft," and I was brought to tears by "Alles endet..." Tomlinson made the image of "Dunst im Windeshauch" concrete, but the following assertion of shared humanity was an affirmation. Whatever passes away--though everything passes away--this remains: "Menschen waren wir ja auch, / froh und traurig, so wie ihr." The feverish inquiries of the final lied were left irresolute, determined only in the pursuit of desire (texts here.) After the interval, Tomlinson gave the 11-song cycle of Shostakovich, symphonic in its sweep and symmetry even in its original arrangement for voice and piano. I confess I somewhat lost track of the texts due to my not-even-rudimentary Russian, but Norris was again brilliant in charting the musical moods from the quasi-mystical to the decidedly impish. I can't speak to Tomlinson's treatment of the text as such, but his vocal coloring was admirably expressive, fitting for this poet who contemplated both death and eternity without flinching.

In response to sustained applause, Tomlinson gave as encore Vaughn Williams' "Whither must I wander?" And I cried. Cry "Sentimentalism!" if you like, Gentle Readers, but I think it's beautiful, and it was beautifully performed. Hearing Tomlinson's gift for his native tongue was very special indeed. My dignity on the subsequent train ride was saved by the light "Trade Winds" of Frederick Keel, from the same era, lilting and joyous, celebrating life perhaps no less, but certainly no more, than the deeper and darker fare of the evening.
Posted by Lucy at 8:18 PM