Ich habe genug: Bach and Brahms with the BSO 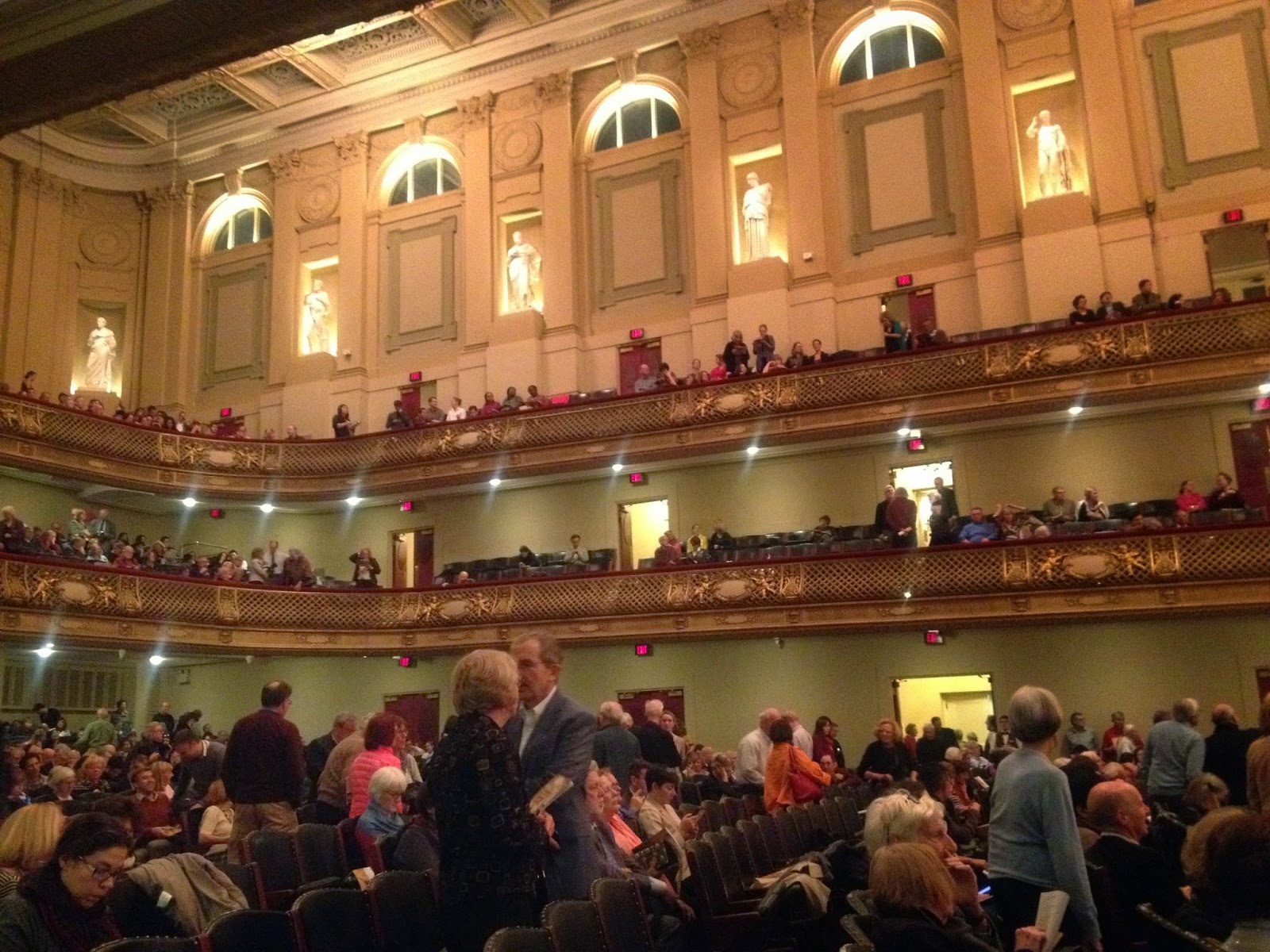 This past weekend took me to Boston; having learned that Bryn Terfel and Rosemary Joshua would be performing in Brahms’ Requiem with the Boston Symphony Orchestra, it was to the first of their concerts I repaired on Thursday night. A poignant “Ich habe genug” was paired with Brahms’ sweeping choral masterpiece, and it was interesting to compare the emotional complexities and musical modes of expression in the two pieces, with their different relationships to the tradition of German sacred music. Another unexpected revelation was the performance of the Tanglewood Festival Chorus, who offered a compelling and nuanced exploration of Brahms’ vast harmonic and emotional landscapes.
BWV 82 is a favorite of mine, and I felt privileged to hear Terfel’s reading of it, with the sensitive support of a select ensemble. The oboist, John Ferrillo, fully deserved the plaudits he garnered as second soloist of the piece. The yearning, ardent lines were given with great intensity and phrasing. Bramwell Tovey was relatively self-effacing (at least to this observer’s eye) during this piece, letting the dynamics of the ensemble develop. I suspect that Terfel may have been struggling with a bit of a cold; at the outset, there was a strain that I’m entirely unused to hearing from him; but by the 3rd/4th movement, I had forgotten my initial anxieties, so well was he supported by technique and sso poignant was his interpretation. The text, celebrating the sufficiency of Christ to the believer, was given with an unusual and entirely apposite poignancy, as the profession of a confidence hoped for in faith, rather than possessed through it. The “Lass uns mit diesem Manne gehen,” which can sometimes seem a throwaway line, thus emerged with deep significance. I found Terfel's approach very moving, and it enabled really beautiful development through the anguished “Mein Gott, wann kommt das schöne ‘Nun!’" It also offered material for meditation through the expectant interval during which the orchestral and choral forces for the Requiem were amassed.

Even in the ethereal opening, Bramwell Tovey and the orchestral and choral forces communicated a sense of energies held in check. Tovey clearly had a strong vision for the pace and arc of each of the movements, and the interaction of orchestral and vocal melodies was beautifully managed. I loved the power of the orchestra, though occasionally thought they could have been a little softer so as to let the choir take primacy. My feeling that the brass trumps could have emerged more strongly is probably an idiosyncrasy of my own. The BSO, unsurprisingly, played with beautifully blended sound throughout. The Tanglewood forces were no less brilliant in their color and phrasing, adjusting to the piece's changes in pace and mood without ever losing its central thread. That the text was perfectly distinguishable is, of course, a great thing; I would have loved still more relish of its vividness (but this can probably be attributed to my unnatural attachment to German Consonants.)  Terfel sounded more confident in this section, and sang with complete, compelling dramatic commitment, showing unexpected vulnerability in “Herr, lehre doch mich…” This sometimes seems like the baritone’s opportunity to declaim as though from a lectern, and here it emerged as the prayer of a supplicant, perhaps also the lament of a prophet in "Sie samen, und wissen nicht..." Rosemary Joshua was an alert and engaged participant throughout, though only having her one movement to sing. When she did sing the exquisite "Ihr habt nun Traurigkeit," it was with great intensity and the suggestion that such fervor of compassion can only be painful. Certainly the performances belied the program assertion that this was an all but entirely secular work. Joshua promised that celestial mourning matches that on earth, and through that, can obliterate the latter. Between Wotan’s “Das Ende!” and “Wir werden alle verwandelt,” Bryn Terfel seems to be cultivating a strong association with the end of the world. It works for him. His interaction with chorus was great in this sixth movement, making very clear how their section is essential to enabling the greater insight in his prophesying the fulfillment of the written word. The eschatological grandeur of "Denn es wird die Posaune schallen!" gave me goosebumps, and Tovey was committed to drawing it out, the entire glorious crescendo of orchestral and choral exultation over death being swallowed up in victory. One soul in the audience was worked up to applauding after this, but soon subsided back into the general silence, maintained not only through the last movement, but through long seconds of reverent hush as the orchestra’s bows and Tovey’s baton were suspended, as the last “Selig…” echoed. It was remarkable to sit and see my own emotion mirrored in the faces of chorus and orchestra and soloists. When the applause came, it was warm, but not boisterous, binding us together for some minutes more.
Posted by Lucy at 5:24 PM