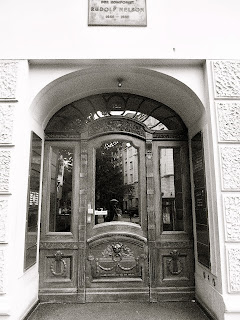 It's been long enough since my last opera outing that I'm starting to actively plan the next one (Tannhäuser on Thursday, if the train schedule and the rush ticket situation are favorable,) but in the interim, I've spent a thoroughly pleasurable weekend in Berlin. Although it didn't involve actual opera attendance, it did involve many conversations about opera with my hostess, and the visiting of several musical landmarks. A stroll along Kurfürstendamm took us past the former residences of musicians, including Rudolf Nelson. I haven't found any of his operetta music on YouTube, but it does have his 1924 shimmy, "Der Harem von Kurfürstendamm."


My conscientious Gastgeberin made sure that I experienced the glories of the opera section at Dussmann's. I have a Really Shameful Confession to make, Gentle Readers: I was so overwhelmed by its glories that I didn't purchase a single thing. 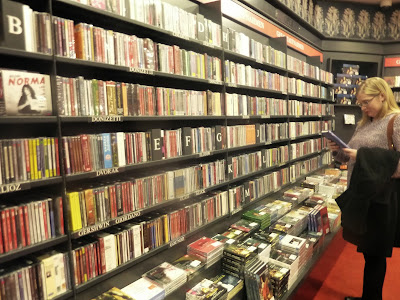 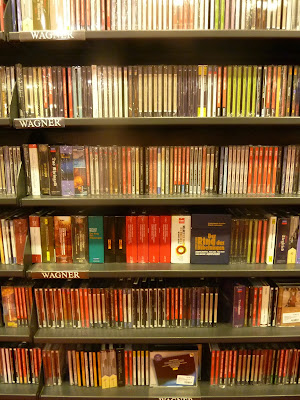 The Wagner section alone was overwhelming. I did make one proud purchase in Berlin, though. A little mild haggling at a street market, and I was able to bring this beautiful thing home: 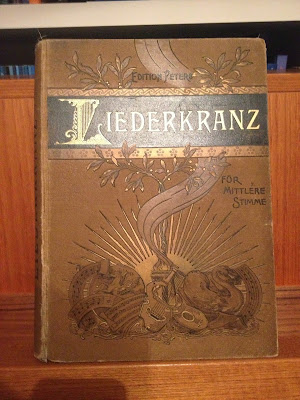 I apologize for the snapshot glare, but look at its fabulousness! Not only has the "L" in Liederkranz been turned into an Apollonian lyre, but there's smoke from a holy flame. 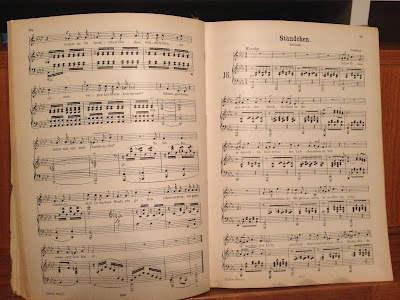 Happiness, as Charles Schultz might have said, is coming home to play Lieder in the evenings. And this volume is filled with a bounty of them--nearly a hundred. Schumann is the most fully represented, with nearly 30 Lieder; Schubert and Mendelssohn are close behind, and Bach, Haydn, Mozart, and Weber round out the number. I'm left wondering about how the excerpts from Winterreise ("Der Lindenbaum," "Die Post") and Die Schöne Müllerin ("Der Neugierige," "Ungeduld," "Morgengruss," "Trockne Blumen") were selected. I now have a twofold mission: to discover what scholarly ink may have been spilled on the question of partial song cycles as parlor music, and to actually learn to play this music properly.
Posted by Lucy at 5:19 PM