Poetry in the Pity: Britten's War Requiem with the LSO 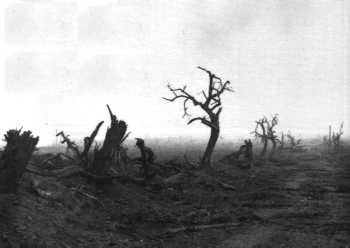 I was not in the forefront of the standing ovation for Sunday's performance of the War Requiem. This was because I was shaking and my legs had gone rubbery. My Really Shameful Confession is that, in listening to recordings, my admiration for the ambition and intelligence of the piece remained somewhat detached, not to say dutiful. The reading provided by Gianandrea Noseda and the London Symphony Orchestra was taut and unsparing. Strings shivered; there were fearful fanfares and sad bugles; the percussion was appropriately terrifying. There were angular, angry crescendos that were as much barbed wire as cathedral spires; pianissimi hushed with reverence, and hushed with fear. The London Symphony Chorus was likewise superb, with sharp diction, impressive dynamic nuance, and great attention to the needs of the text (the eerie "Dies irae" comes to mind particularly.) The American Boychoir, performing offstage, contributed sensitive work as well.

Despite the size of the forces involved, I'm tempted to call it a spare reading of the score; it was meditative, not indulgent, and free of false sentimentality. Sabina Cvilak has a rich, dark-hued soprano, which she used sensitively, most notably in "Lacrimosa." Ian Bostridge and Simon Keenlyside did brilliant work together and apart. There seemed nothing forced about the integration of the Owen settings, here (which I haven't always found to be the case, but this is quite possibly All My Fault.) I heard the Owen and the Britten in a new way (full text here.) I find it hard to imagine how Bostridge's performance could have been bettered; he sang with a wonderfully varied palette of vocal color, and exquisite phrasing. Keenlyside also gave a performance of great intelligence and emotional power. "Be slowly lifted up" was a highlight. "Strange Meeting" was sung with beautiful interiority by both. Their sensitivity to the language was such that I thought I would gladly hear them simply read Owen's poems. Singling out further particulars of the performance could be an endless task. Forming a perspective on the whole that isn't chiefly shaped by emotional shock may be a long process. So, I beg your pardon for the incoherence, Gentle Readers. Less tear-stained prose to resume shortly.
Posted by Lucy at 2:33 PM