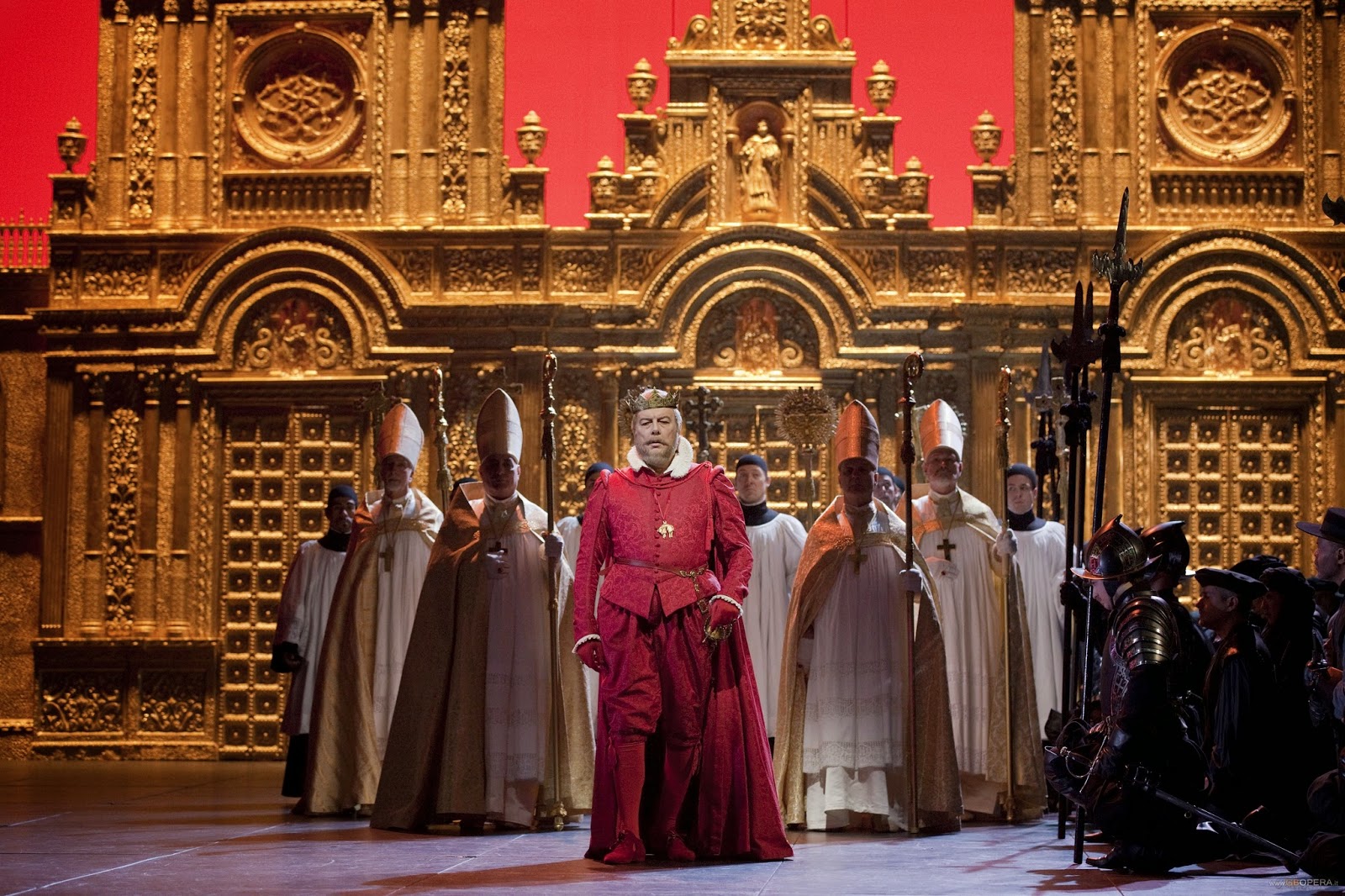 On Saturday, I went to the last performance of Don Carlo, and what will be my last performance of the Met season. It was an evening both grand and thrilling, with a musical and dramatic force that reminded me forcibly of what opera's capabilities are. The performance of the Met orchestra under Yannick Nézet-Séguin was nothing less than world-class, and was supremely exciting. They played with drive and nuance throughout, and from the beginning, Verdi's motifs were highlighted and treated with great dignity. Individual and section highlights, too, were all gorgeously handled, honoring both the forward momentum of the score, and its suspense. The singing, too, was excellent; my companion repeatedly asked who the casting director was, which drew my attention to my ignorance of this process. But those responsible certainly deserve praise. This was indeed a cast not only universally strong, but with good chemistry, and some choreography new to this iteration of Nicholas Hytner's 2009 production. More than once during the evening, I found myself thinking that the Met would do well to have more such productions in its rotation: visually striking, thoughtful in interpretation, and with a strong dramatic arc that still leaves room for adaptation to individual singers.

The opera season and the academic year are hurtling towards their respective conclusions, and so, although I got to see David McVicar's new production of the Cavalleria Rusticana/Pagliacci pairing on the 18th, it is not until now that I am organizing my ramblings. I'm glad to have seen the productions, welcoming the change from their rather dusty predecessors. Having read publicity advertising the fact that the two operas would be set in successive generations in similar southern Italian settings, I was expecting an exploration of destructive ideals of masculinity. But--despite this apparent gesture towards exploring commonalities and continuities--the productions were surprisingly different from each other in visual and dramatic style. Paradoxically, I found the bright, crowded, insistently specific Pagliacci much more effective in presenting the opera's underlying themes than the dark, curiously opaque stylization of Cavalleria Rusticana. The singing in both casts was fine, although Marcelo Alvarez, playing what must be two of the operatic canon's most unsavory tenor roles, was curiously lacking in brutality or charisma. For me, at least, it was Santuzza and Nedda--powerless in their yearning--who emerged most vividly in vocal and dramatic terms.