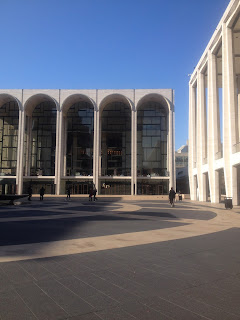 I know, the announcement's old news by now. But because I have many and complicated feelings about the opera house I've so long called home, I'm writing about it anyway. The Met's much-deplored habit of relying on blockbuster singers at the expense of interesting programming or productions still dominates, I think. There are some honorable exceptions in next season's lineup, though. I'd be much more excited about these if the Met didn't congratulate itself for them so vociferously. Still, I am cautiously allowing myself to be heartened about the fact that the publicity for the season and for individual productions is at least giving more time to the directors. Also, there are some exceptions to the "more is never enough" aesthetic in the promotional materials, notably in Willy Decker's sleek Traviata. The chances of my returning to NYC for the upcoming season are, alas, slim, so here's an annotated list of the things I'm most likely to make pilgrimages for. Feel free to tell me what else you think I should see, and who else you think I should hear, in the comments. 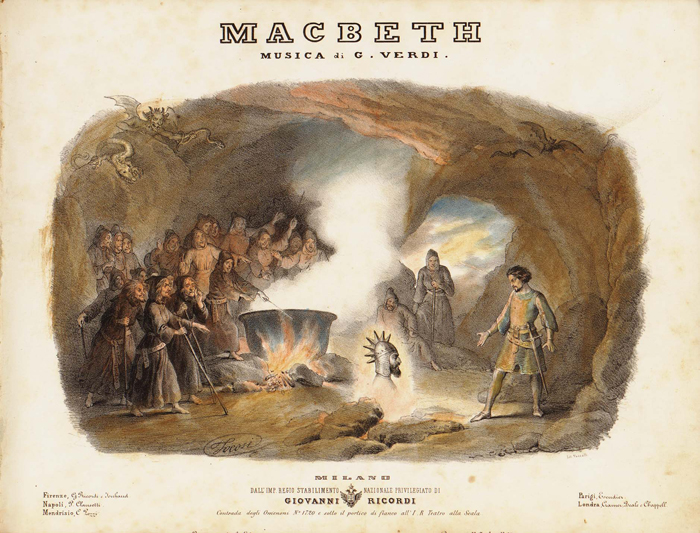 As an itinerant scholar, I've recently written a small piece about Verdi's Macbeth. The commissioning body doesn't know what it's unleashed. Among other things, it gave me the idea of starting a series of semi-scholarly summaries here, featuring historical background, colorful anecdotes, and a highly subjective selection of recommended reading and listening. As has been intermittently obvious on this blog, going to the research library as preparation for attending an opera performance is my idea of a good time. It would seem that I have a kindred spirit in Verdi himself; he paid a great deal of attention to the historical setting of Shakespeare's Macbeth, writing to his publisher and set-designer about political details of eleventh-century England and Scotland.

Macbeth was Verdi's own favorite opera at the time of writing. In 1864, however, when undertaking substantial revisions, he wrote of parts of it as "weak, or even worse, lacking in character." The mid-twentieth century saw a brief revival of the 1847 version, and in recent years, both versions have found place on the operatic stage. The work's very unconventionalities - to judge by essays and interviews - helped it to a mini-boom in the early years of the twenty-first century. (I've written about performances I've seen at the Met here and here.) Macbeth was Verdi's first foray into adapting Shakespeare, and he was unsurprisingly perfectionistic in working with Piave on the libretto, intent on having language echo feeling and fit with musical form.