The season having been saved, the Met opened with an engagingly sung, orchestrally luxurious Nozze di Figaro. I don't think I know anyone who loves opera and doesn't love this one, where polish and depth are never at odds. I'd witnessed with pain the disintegration of the previous production, but was worried by a casual invocation of Downton Abbey in promotional materials for this one; the villa of the Almavivas is not Downton; it's Gosford Park

. In the event, Richard Eyre's glossy 1930s setting proved essentially traditional in its choreographic and interpretative choices. The direction was, to its credit, sensitive to the music, and the relationships between characters and space were well-expressed. There were even moments in individual performances that made me consider text and melody anew: always especially welcome in this inexhaustibly rich opera. Although I wished the emotional stakes of the production had been higher, it was at least not naive about misogyny or economic exploitation, and there was a nod to interwar Orientalism. More might still have been made of the social tensions brewing in the house and outside it, a stronger structure given for the benefit of subsequent revivals (and audiences.) There is no wireless; there are no newspapers, no magazines anywhere. For all Eyre's talk of the electric atmosphere of the '30s, there was very little evidence of it in the relationships between the characters, or in the production.

James Levine's chemistry with the Met orchestra is always a delight to hear. Their Nozze was characterized by unusually deliberate tempi (sometimes, to my mind, less than successful; sometimes, as in "Non so più," revelatory.) The orchestral reading also had a sense of ceremony that I don't often associate with this opera, where everything is to play for. The orchestral detail was invariably gorgeous, however, with the woodwinds deserving special acclaim for their evocation of atmospheric and emotional background. The harpsichordist was a humorist, providing commentary on the not-infrequent sequences of concealment and conspiracy. Although there were sometimes slight discrepancies between singer and pit tempi in arias (surprising to me, but minor,) the matching of stage movement to orchestral punctuation was unerringly precise. Levine and the orchestral forces, as well as the singers, deserve credit for the nuanced and expressive phrasing of the recitative.

The secondary roles, vital to the advancement of events, were performed with pleasing panache and polish. Ying Fang sang Barbarina with precision and without preciousness, secure in tone and diction.  Greg Fedderly, moreover, provided a remarkably vivid Don Basilio, both vocally pleasing (!) and genuinely funny. It did seem a shame not to let Susanne Mentzer's Marcellina offer her consoling philosophy aria to Figaro. Mentzer started out slightly below pitch, but this was quickly corrected, and her timing was impeccable throughout. I appreciated that she let Marcellina (a character somewhere in the lineage of Hyacinth Bucket) be comic without turning her into a joke. As Dottor Bartolo, John Del Carlo was often gravelly, but handled the patter skillfully and was not inappropriately obtrusive.

The Cherubino of Isabel Leonard was a delight, a dandy of Wodehousian cut for whom lovelorn wistfulness and manic optimism sometimes seemed a breath apart, but who was most honest, and most vulnerable, in moments of acknowledged uncertainty.  "Non so più" was unusually, deliciously introspective; "Voi che sapete" developed from a conventional serenade into a heartfelt appeal, to the delight of the audience as well as the Countess. Making her Met debut in that role was Amanda Majeski, whose performance I really enjoyed. Her singing was sweet-toned, and "Dove sono" was infused with melancholy. She seemed to gain gravitas by the scene, appropriately. The Almavivas were both portrayed as younger than they often are. Her affection for him is still a warm instinct suppressed by her own self-respect; his arrogance is still the arrogance of youth. The Count, still boyish, eternally outwitted, prowls his house from dawn till dusk, a strutting sensualist, only occasionally possessed of enough self-knowledge to realize his need of those around him as fellow human beings, rather than possessions. Whether he ever comes to see them in terms other than those of his own need is doubtful. For the sake of Peter Mattei, though, I wanted to believe that the end of that mad day marks the beginning of such a process. After the Countess' formal public pardon, he remains a surprisingly humble supplicant until she relents enough to turn to him. Here and throughout, Mattei's dramatic timing and nuance were both remarkable, his physicality well-used. His singing--polished, finely phrased, indecently beautiful--was luxurious. I sometimes wished it served a Count more at war with himself, more aware of the deep implications of the shifting relationships around him; but I like my emotional stakes high. The Susanna of Marlis Petersen was a delight in dramatic terms, but Petersen didn't always sound at ease vocally. Uncertainties at the bottom of her range were especially noticeable in Act IV. I appreciated Petersen's sensitivity to the text, though, and the frank sexuality of her Susanna. The detailed, dramatically integrated eroticism of Figaro and Susanna's relationship was one of the strengths of the production. (I love Figaro and Susanna; as who does not?) Ildar Abdrazakov gave a generous and well-sung Figaro. In his hands, Figaro emerges as warm-hearted, resourceful, optimistic, and just a little bit sly; it's all in the text, of course, but hearing it this successfully realized was a treat. And Abdrazakov's singing was consistently strong, well-phrased, and expressive. Disappointments in the production notwithstanding, I teared up at the end, and I went home happy. 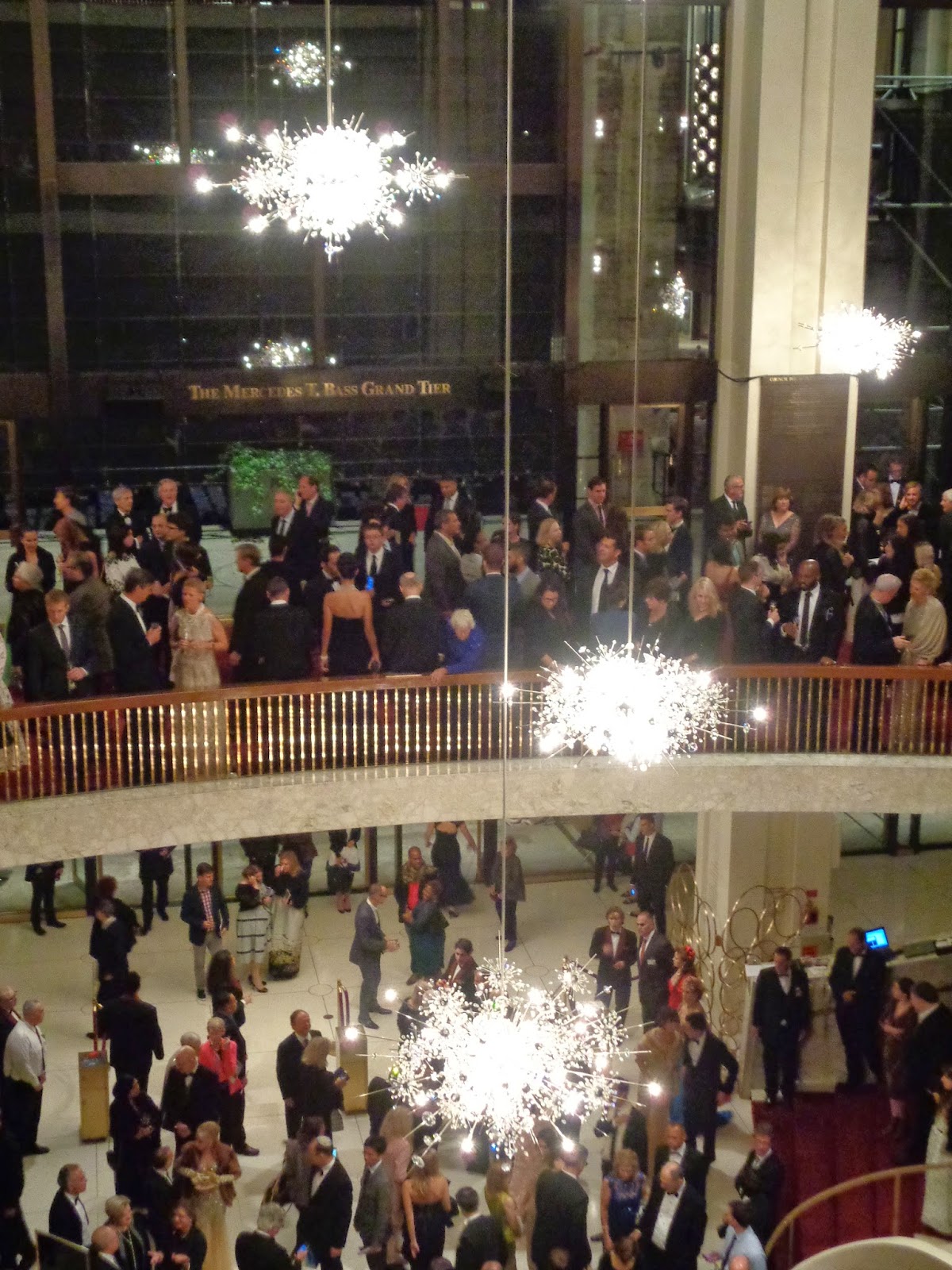 Curtain call (from very far away):