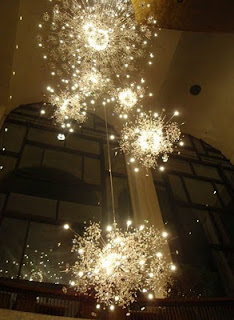 The Metropolitan Opera (in aeternum floreat) recently set up a survey for "fans" of its Facebook page to fill out, providing information about their opera-going habits and preferences, as well as about what they would like to see as part of the Met's Facebook presence, through answering multiple-choice questions.  These were tricky.  How important is a director to me when choosing to see an opera production?  I'm unlikely to say no to anything on the basis of its production... so I suppose this makes me officially "neutral," though far from indifferent.  Do my friends and family like opera?  Optional answers were Yes, No, and Don't Know.  What about "Some," or, "Generally Indifferent," or, "If They Don't It's Not My Fault"?  One notable and distressing omission was the complete absence of any question asking to what extent financial concerns influenced opera attendance and ticket-buying patterns!  I may not buy a subscription series, dear Met, or ever (hardly ever) sit anywhere but the Family Circle (heck, I hardly ever sit, unless thanks to rush tickets), but to paraphrase the parable: these have given unto you of their abundance, while the graduate student hath given thee all she hath!


While fretting over the occasionally self-congratulatory air of the multiple-choice questions and the lack of boxes to explain what I meant in, I did find one intriguing question with a glorious box for text underneath it.  It was this: What is your favorite part of going to the Metropolitan Opera?  The phrasing of the question suggested a more place-specific answer than "the music, of course."  So I answered as one answers when one is trying to influence a survey, filled the while with the desire to really tell them what I love about Going To The Metropolitan Opera.  And I thought I would answer the question again, properly, fully, joyously here, in what is hopefully more than an exercise in self-indulgence.  I would, truly, love to read what anyone else reading this blog loves about going to the opera in their "home" house... or anywhere.

What is my favorite part of going to the Met?  The sense of entering a protected, almost sacred space begins as I step off the busy pavement and climb the shallow stairs onto the plaza.  I love the symmetry of Lincoln Center, the spring of those arches, the exuberance of the Chagall canvasses.  But of course it gets better.  I love nodding to the ushers whom I know by sight, and exchanging greetings with Señor Torres, who handles the members of the rush line with saintly patience (he noticed when I missed a Wednesday last April; I was deeply touched.)  I love the feel of the thick plush carpet beneath my high heeled shoes, and the climb to the Family Circle, following the curve of the stair, that feels almost like a ritual by the end.  I love seeing the passion in other audience members... the men who joined me in standing room for the Ring, and reminded me of my German uncles, or the elderly couples who exited Eugene Onegin chatting in Russian and holding hands, or the music students who sit on the rush line with score in hand.  I love the vitrines containing marvelously Art Deco headgear for Turandot, and the single silver rose that must have been handed to some early twentieth-century Sophie.   I love all the rituals: getting a cup of water from the fountains dedicated to the memory of Ezio Pinza, and then picking my way to my place, rolling up my coat small at my feet and tucking in my elbows.  I love how delicate the huge chandeliers look as they rise.  I love the hush before the first notes from the orchestra.  And standing in the dark, with the gold ceiling close above, and the stage remote and magical and real, being embraced by warm and glorious sound, surprised by the unforeseeable individuality of a performance... for me, that's one of the best feelings in the world.
Posted by Lucy at 10:50 PM