I admit, it feels very strange to be back in the Bronx, in front of my laptop. This was, of course, the first thing played on my stereo this morning (returning to New York last night, I did little more than drink water, take a shower, and collapse into my own sheets.)

The Camino de Santiago was beautiful. In the event, the choice to take two weeks to become gradually re-accustomed to cities, large numbers of people, and motorized transport proved most fortunate. It seems very strange to think, on the one hand, that the time of walking took only just three weeks; but it also seems strange to reflect on how much has happened in the world, and the various communities I left behind, in that time.

The concept and practice of pilgrimage shelters a number of strange ideas and strange practices. I do feel that I had many experiences which can be communicated only with difficulty, if at all. But although there was much about walking the camino that seemed mystical, and the transcendent came in unexpected ways, it also felt like the most natural thing in the world. I'm already feeling as though I'm sounding either sententious or impenetrable, or possibly both. So I'm going to stop writing and post some pretty pictures. 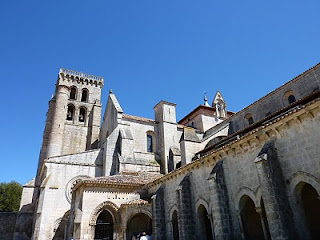 The Cistercian nunnery of Las Huelgas, outside Burgos: day one.  I will try to exercise restraint in the number of photos posted so that scrolling through this blog post does not unpleasantly recall childhood memories of being held captive by aunts to look at photographs on sunny Sunday afternoons (or similar situations.)

In the first week or so of walking, we passed farms, 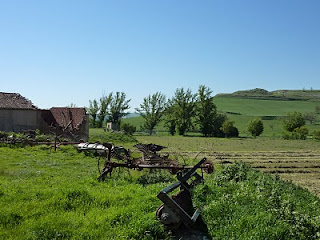 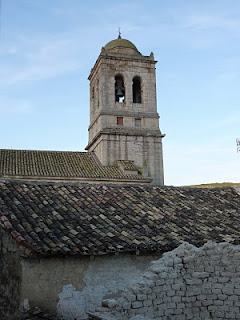 and a great deal of the Spanish meseta, with the camino cutting through it the only visible landmark for miles.  That simplicity, that silence and solitude, was wonderfully humbling, and generally calming (though sometimes uncanny.) 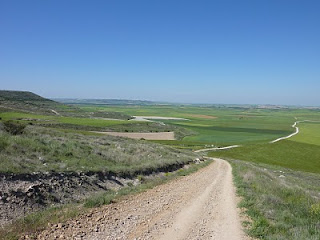 Details.  Observation at the speed of walking is a beautiful thing.  I felt only gradually that I was learning it, and I'd like not to unlearn it. 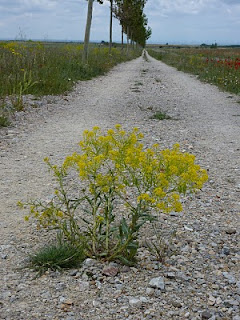 We reached Leon, with its cathedral: 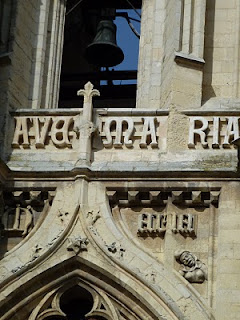 We were shown kindness by many men resembling these friends.  One of them took us into his house and gave us water because the village fountain was broken (en ruinas!) 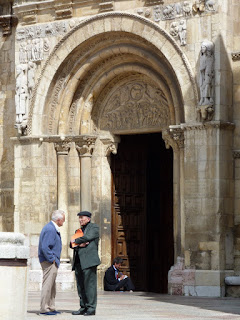 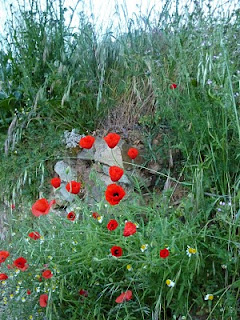 About two weeks in, there came the glorious day when we started out with this snow-capped mountain on our left, and ended with it on our right.  That was exciting. 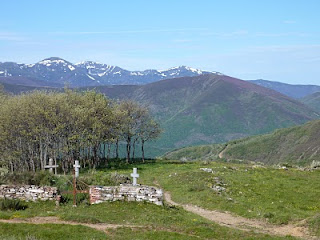 It was cherry season.  One day as we were walking through orchards, a man pruning cut a branch full of ripe fruit and handed it to us, wishing us buen camino.  Fruit and kindness both provided refreshment. 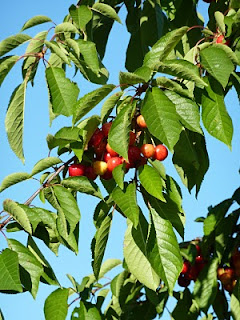 We walked up a mountain and into a cloud... 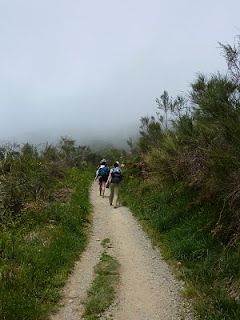 ...and, the next day, walked down and out of it again. 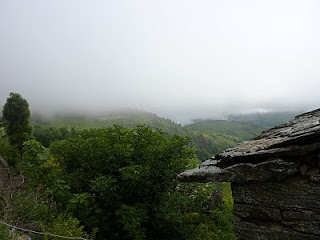 Towards the end of the trip we had three days of rain. 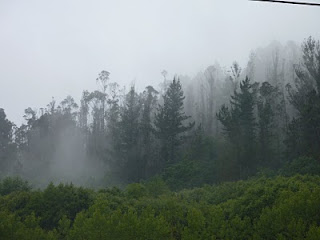 But on the day we finally arrived in Santiago, giddy with exhaustion and relief, it looked like this... 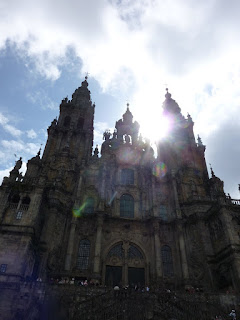 Email ThisBlogThis!Share to TwitterShare to FacebookShare to Pinterest
Labels: background